Nationwide Marketing Group’s Service Leaders Network has made major strides toward giving appliance service retailers the support needed to operate efficiently and effectively. The latest efforts of the group will come to fruition in the form of the virtual Service Leaders Network Conference, May 13-14. The conference is the first-ever service training convention for the appliance industry. The two-day event is free to attend for all North American appliance service retailers and will include more than two dozen business- and training-oriented courses.

“Service Leaders Network is the culmination of years of concepting, researching, designing and planning an entirely new division within Nationwide Marketing Group, all intently built to support the service operations of our self-servicing appliance members,” says Ron Romero, executive director of Nationwide’s West Region group of dealers and the third-generation owner of Schaefer’s in Lincoln, Nebraska. “We want to ensure that our servicing members have the tools they need to run service departments that are efficient, effective and profitable. And the Service Leaders Network Conference is yet another extension of our efforts to better support and strengthen Nationwide’s program offering for servicing members.”

Nationwide has opened the event to all appliance members, including Cantrex Nationwide dealers in Canada, as well as any interested independent appliance service retailers regardless of buying group affiliation. During the two-day event, attendees will have the opportunity to participate in a number of sessions, including:

With 27 total courses over the two days, content will certainly not be in short supply. And understanding that attendees can’t be in more than one place at a time, Nationwide has committed to keeping the recorded sessions available to attendees for up to 30 days after the show closes.

“It is so difficult when you're out there on an island as a small-to-medium or even a large company for that matter, and you don’t have the backing or support of a group like the Service Leaders Network,” says Nationwide Director of Service Mark Pollitz. “Our core mission is to build on all of the great benefits that Nationwide provides by bringing additional value to the table through robust educational offerings that these dealers can’t find anywhere else.”

The Service Leaders Network Conference is backed by the same virtual event platform that helped facilitate Nationwide’s March Virtual PrimeTime event. Registration for the Nationwide event is open to all appliance sales and service retailers interested in learning more about what it takes to run an efficient and profitable service department.

To learn more or to register for the event, visit the Service Leaders Network registration page.

Our MSA webinar will walk through those universal techniques and bolster your ability to diagnose, test and solve the majority of refrigeration issues your customers may face.

This is an example of one of our 100+ MSA World Training Webinars.

View our 2018 April MSA Webinar as George Schick takes you through Basic Microwave Diagnostics. At the end of the webinar is a Q&A session with techs attending from across North America.

This is an example of one of our 100+ MSA World Training Webinars.

Thank You Veterans from Marcone and MSA 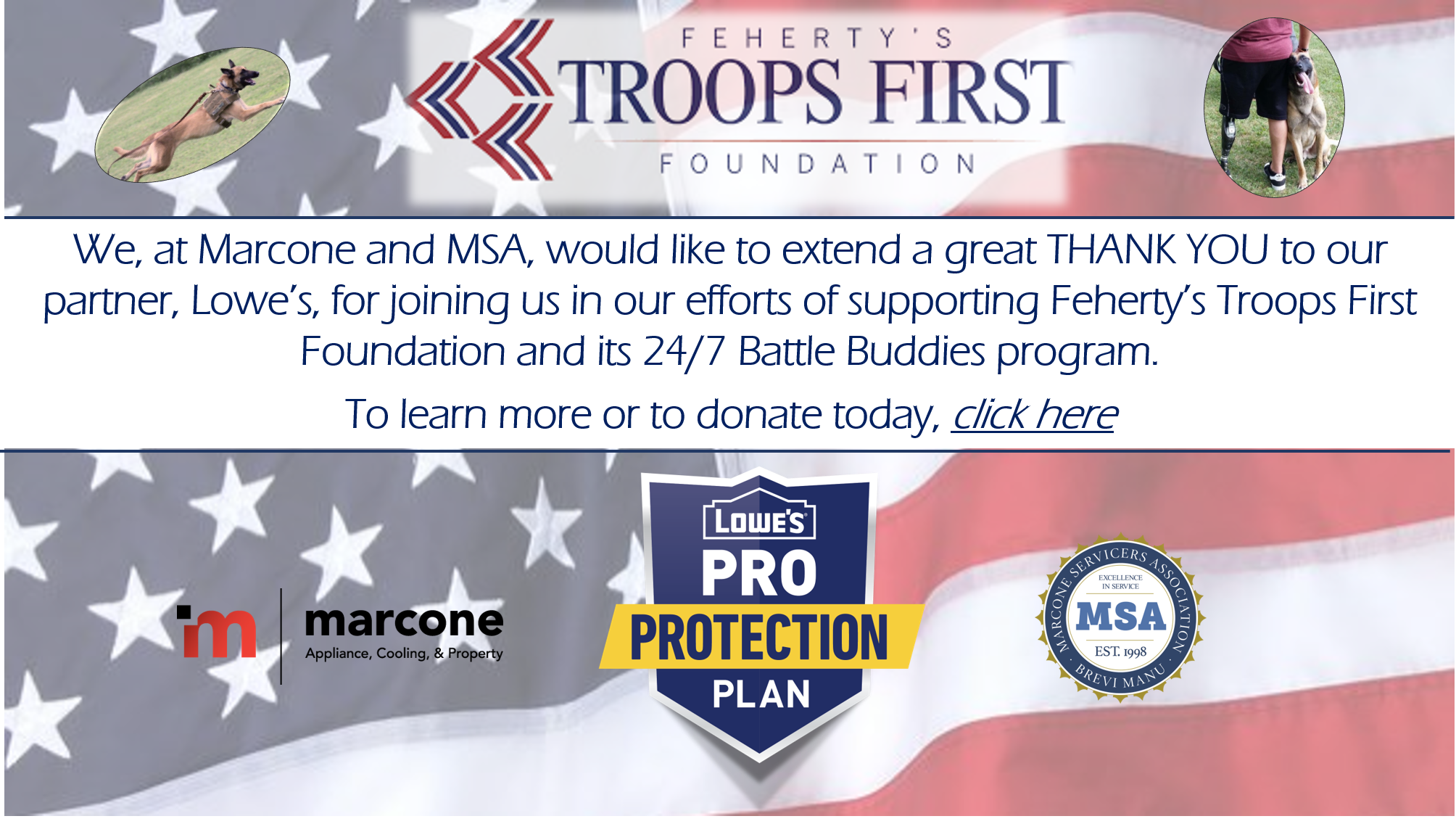 You pay a single flat rate for hours worked and that includes our state-of-the-art technology that reduces customer wait time with Smart Queues, texting, progressive dialers and analytics for active production monitoring.

When searching for an individual technical document such as a service manual, tech sheet or anything relating to a particular model appliance just follow these steps:          1). Go to the MSA website home page.
2). Enter the first five to seven characters of your model number into the search bar.    3). Hit the “GO” button.

This will pull up any documents associated with that model. Then just scroll through the documents and click on the one you want to view.

If nothing comes up when you enter a model, there is a good possibility that there is nothing related to that model in the library. At that point, if you like, please feel free to email us at Ask-a-Trainer@marcone.com with the model you are searching for and we will try to locate it from some of our remote sources and post it up on the MSA website for your access…..

Use your MyMarcone Credentials to Login to MSA World!

Please note the following MSA World login and process changes detailed below that are effective as of 9/20:

Once a MyMarcone sub-user is added to your MyMarcone account, they will have immediate access to MSA World and all its resources

(Please email msa@marcone.com with any login issues. You may click "Read More" to access a guide on how to add additional MyMarcone users.)